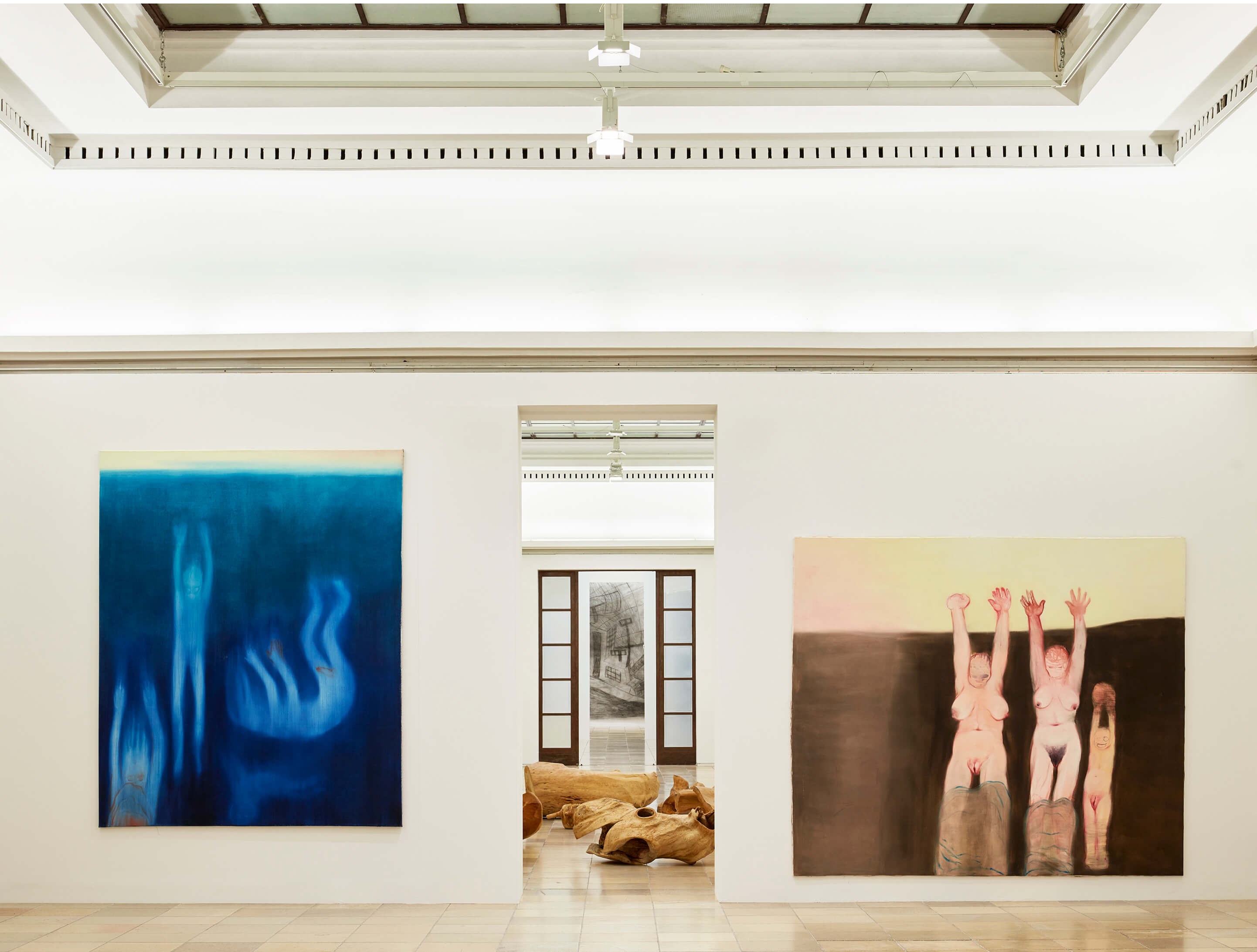 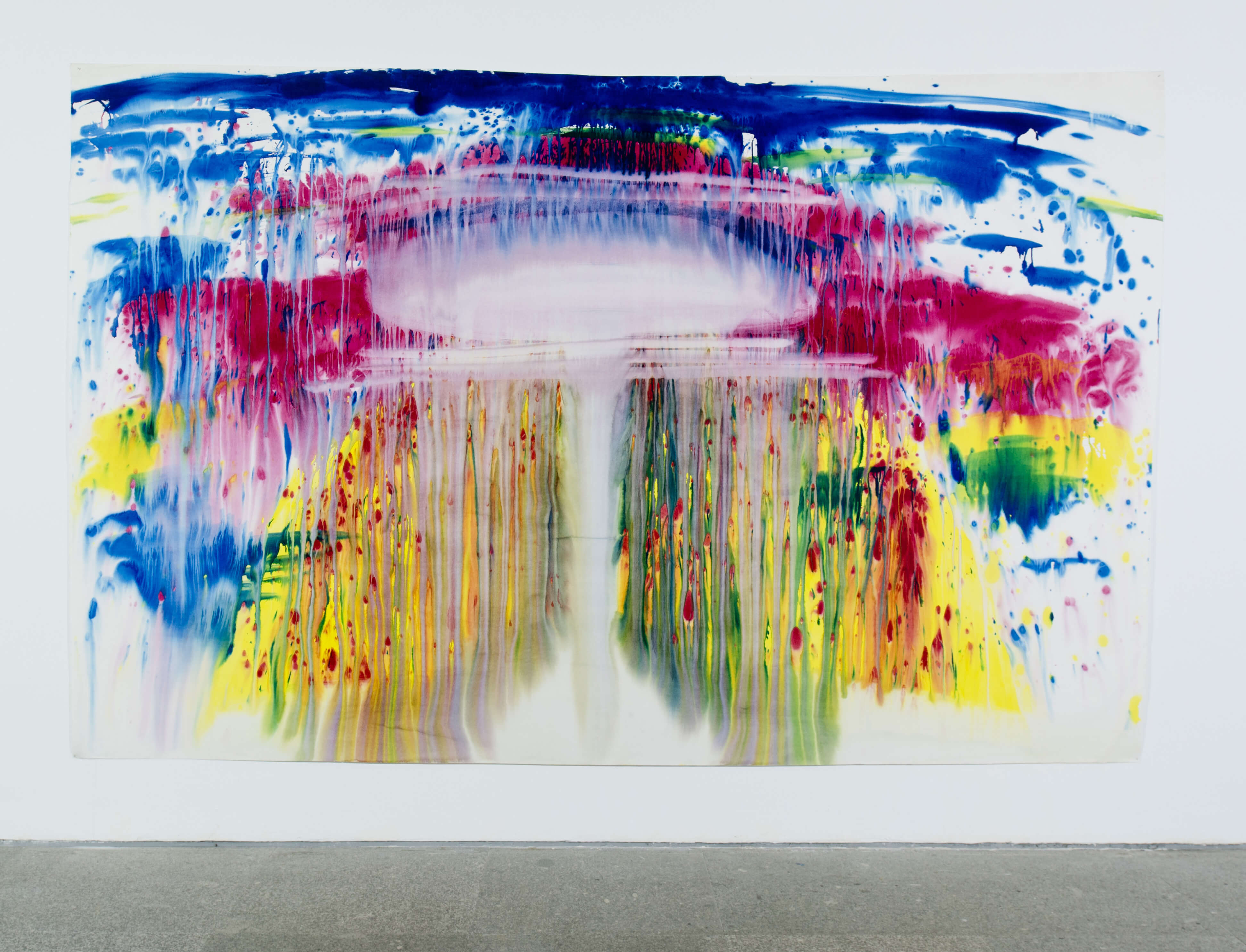 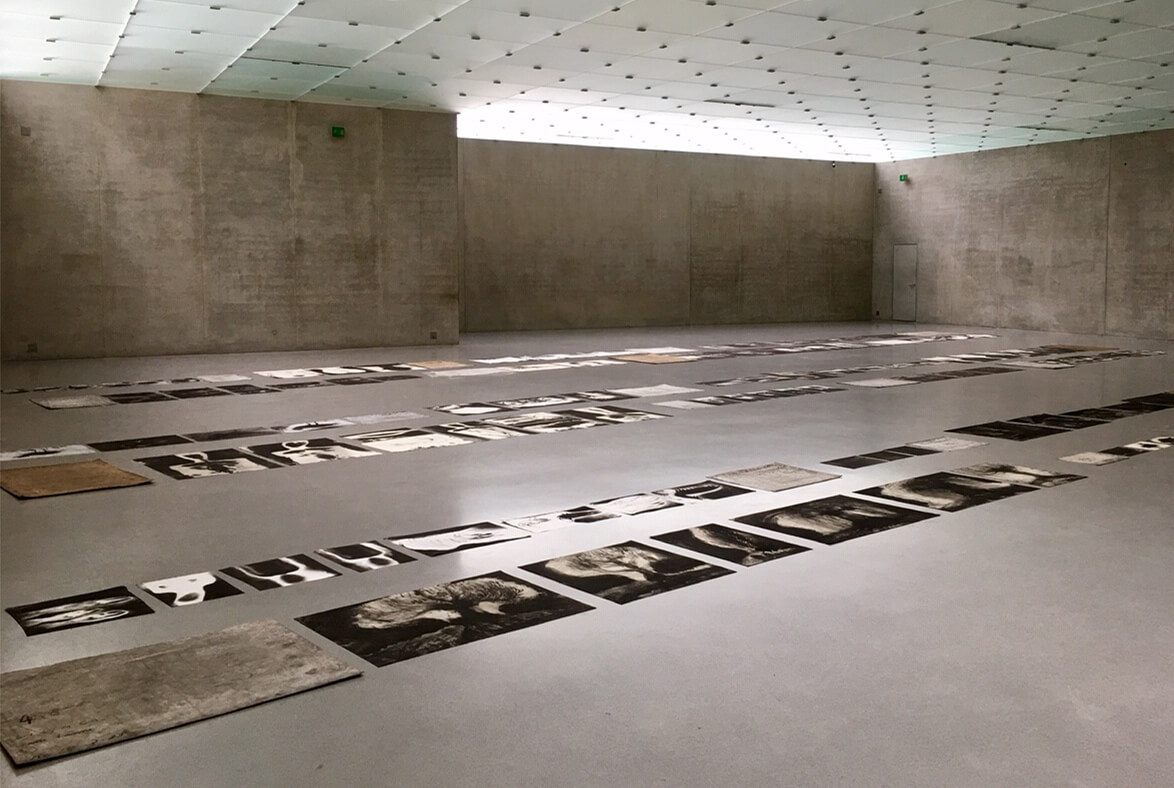 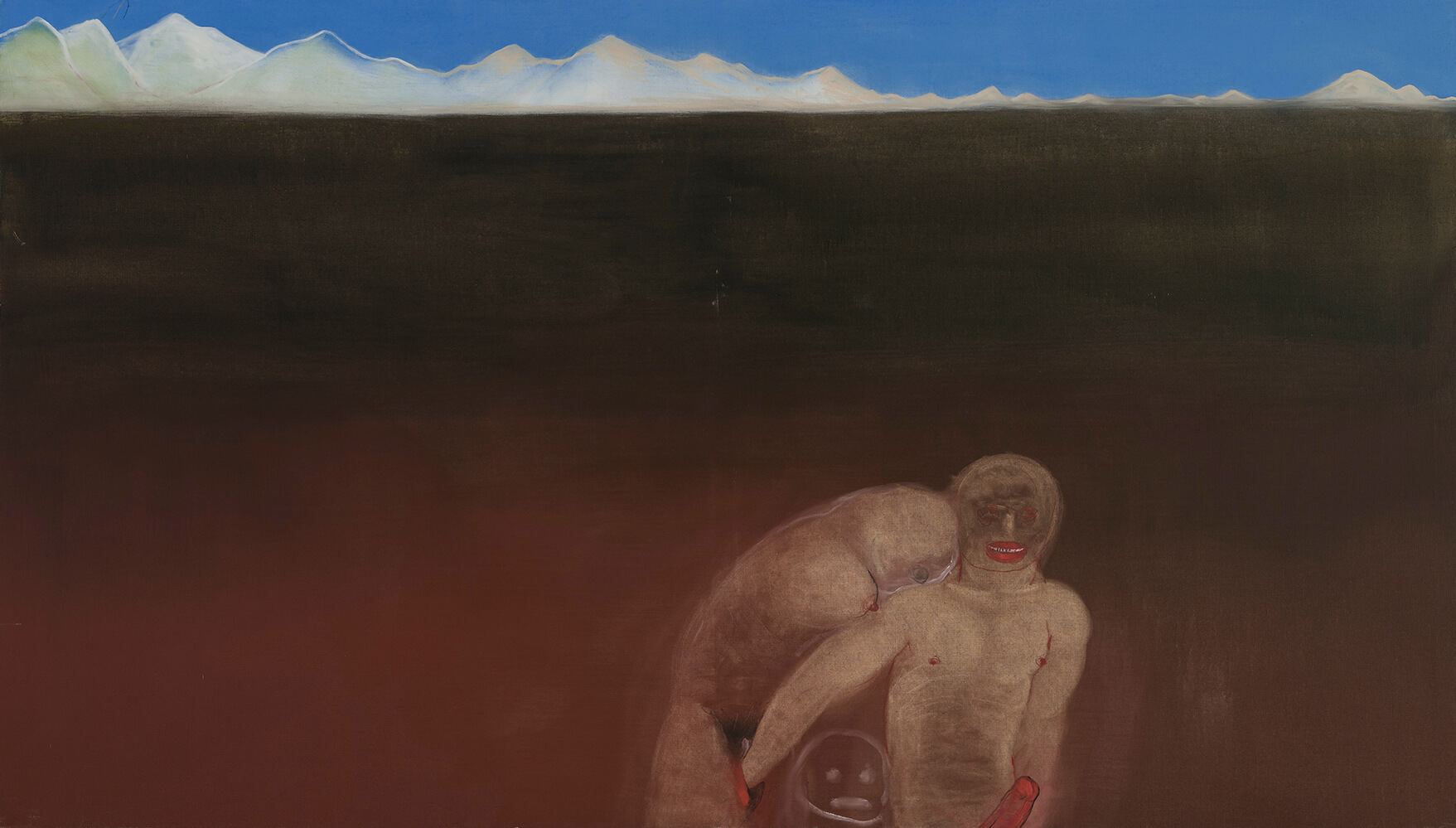 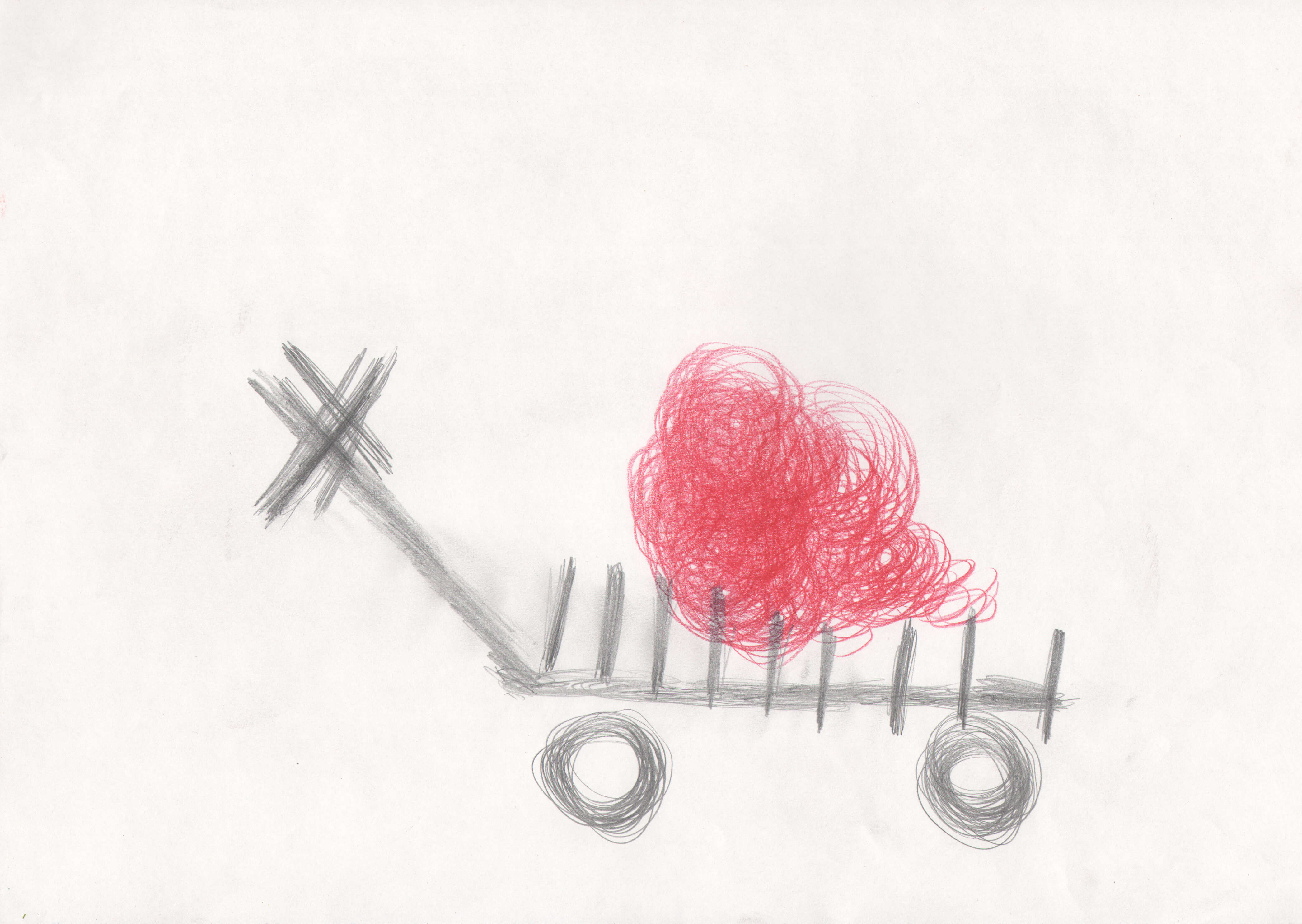 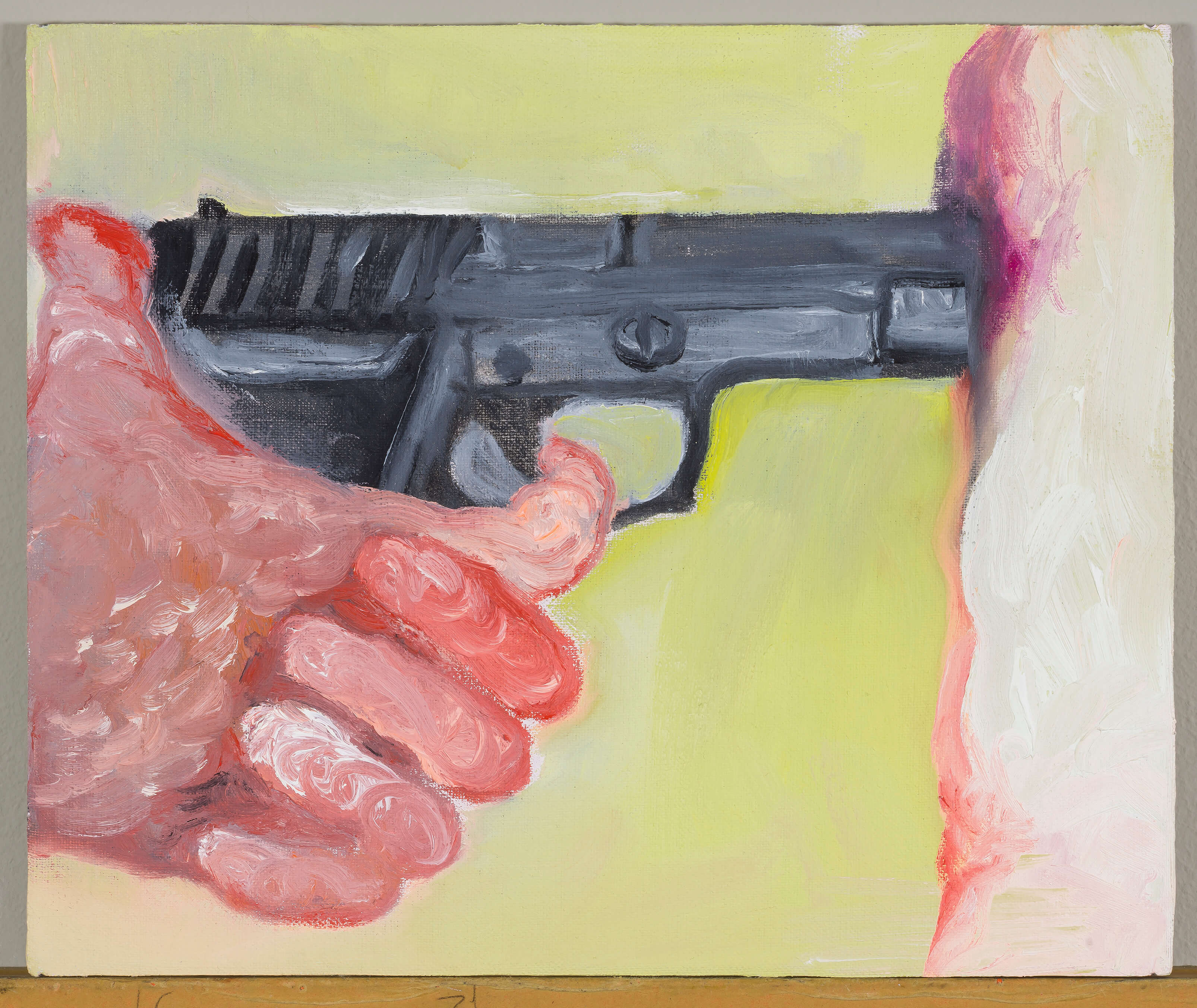 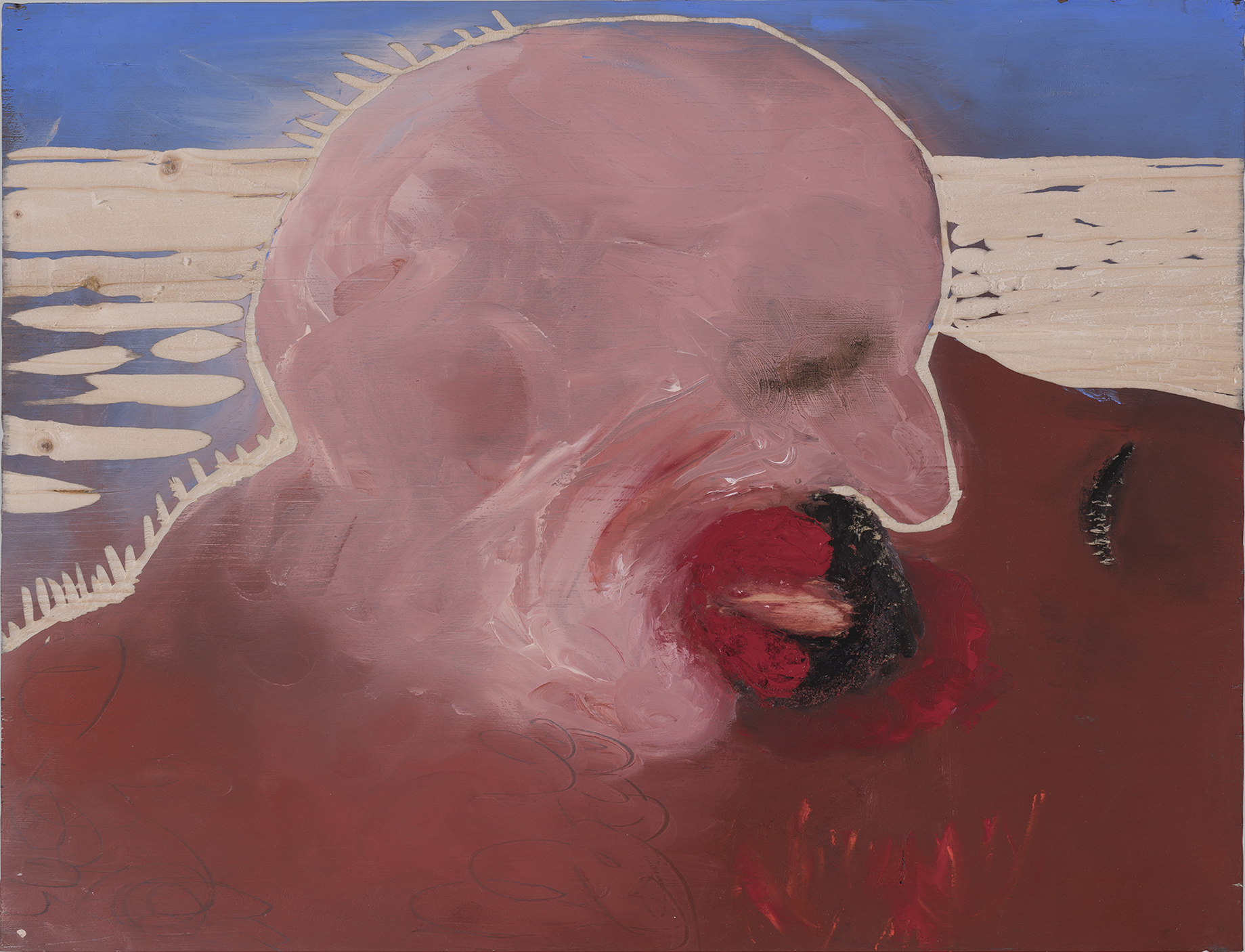 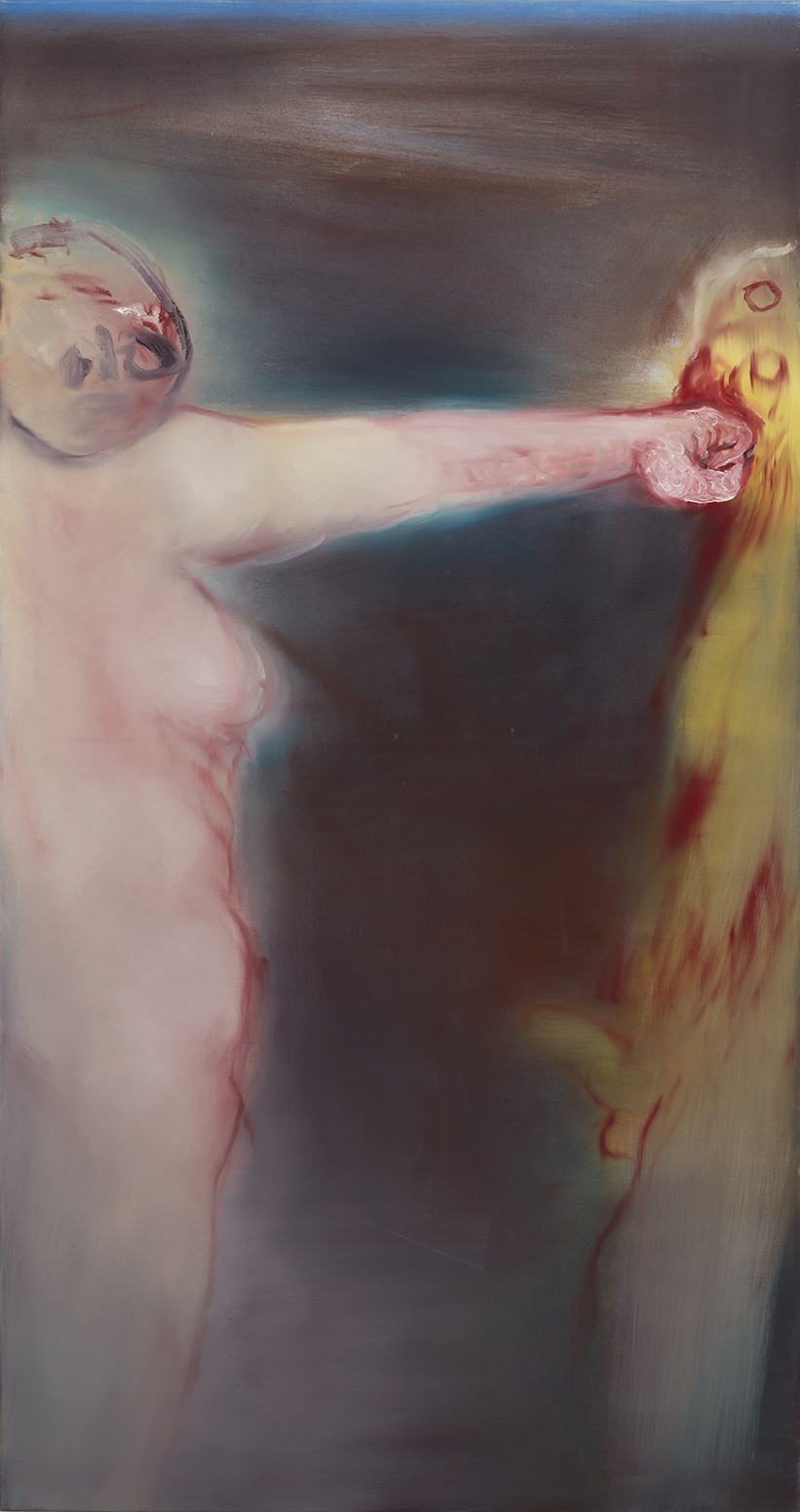 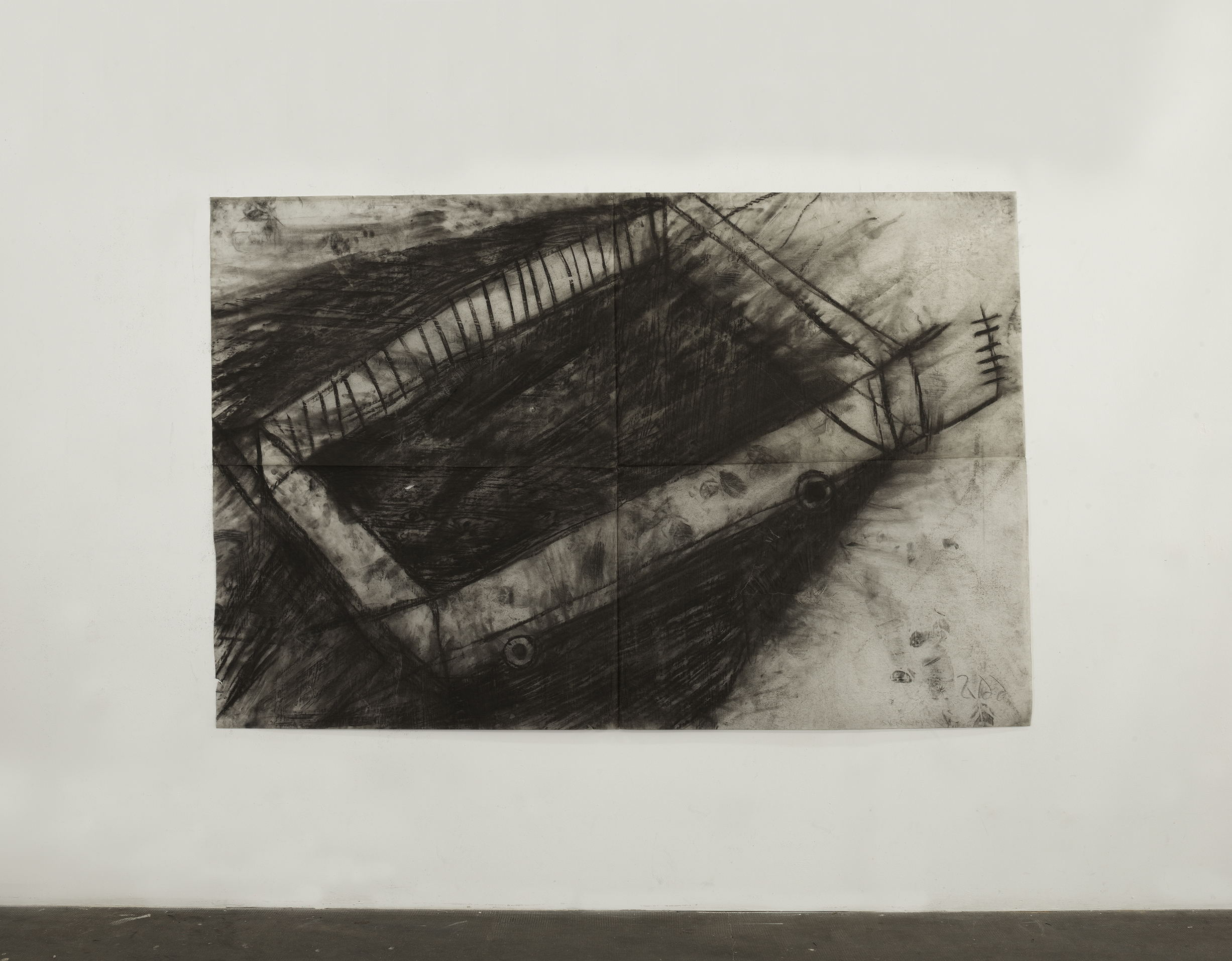 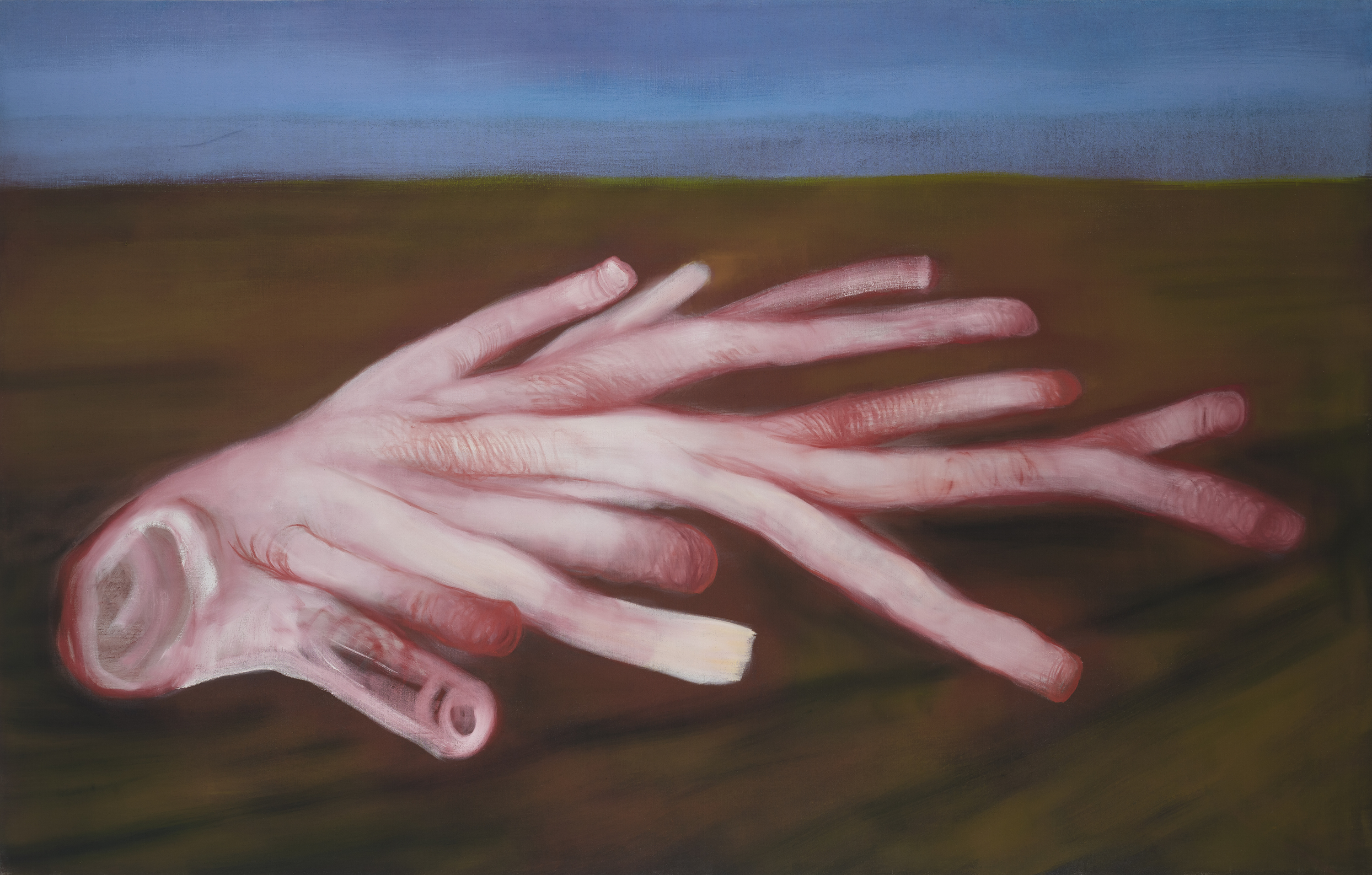 Miriam Cahn is above all a figurative painter but, right from the start, she has associated her artistic project and its pictorial expression with other exploratory processes, such as performance or installations. After her training at the Gewerbeschule in Basel, where from 1968 to 1973 she took lessons in graphic art, she rose to renown in 1979 with an artistic action, consisting in placing murals along a motorway bridge. In 1981, the art historian and museum curator Jean-Christophe Ammann invited her to take part in a group show at the Kunsthalle in Basel then, two years later, for her frst solo exhibition. In 1984, she represented her country at the Venice Biennale.


In Miriam Cahn’s work can be seen the infuence of the feminist movements and thought of the 1970s, and then the 1980s. In particular, right at the beginning of her artistic career, she involved her own body in her work, by painting on the ground, on her studio foor, sometimes naked or with her eyes blindfolded, so as to reduce the infuence of the mind on the creative process. For this Swiss artist, any depicted body radiates beyond its physical condition – whether it be men and women, or animals and vegetation. Even a house can become embodied thanks to her brush, becoming as though inhabited, just like the fragment of a body, or female genitalia: they are all inhabited by a force which is at once physical and mental, sensual and emotional. Miriam Cahn places the body and its expression in an aura of profoundly emotive, subjective colours. Often bright, these colours become emotions. From the depths of her canvases, or from the strokes of her charcoal, she brings out what has been buried: concealed secrets and forbidden sensations. Her work evokes bodily desire, just as much as it does the violence that bodies undergo.


14th Rubens Prize of the City of Siegen


R.A.W or the sirens of Titans


Another Energy: Power to Continue Challenging - 16 Women Artists from around the World


The Crespo Foundation at the MMK


My Perversion Is the Belief in Art


Miriam Cahn: I as Human