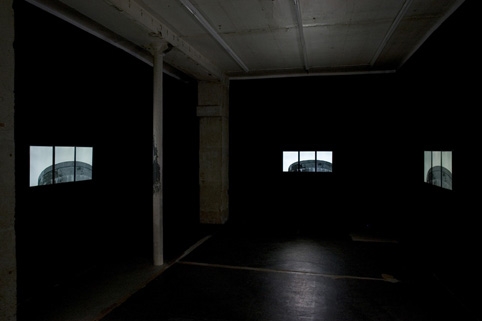 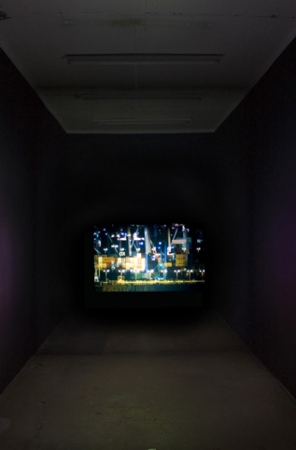 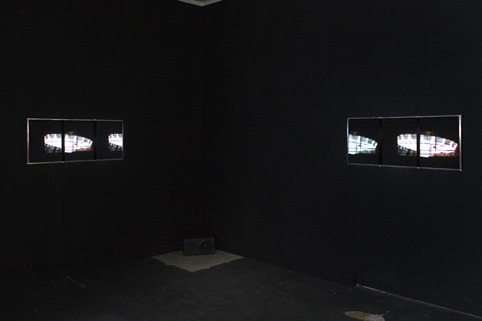 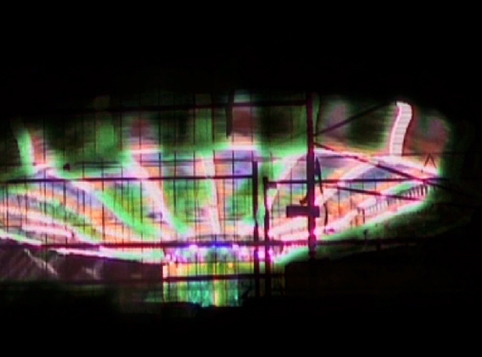 
Opening on May 10, 2007. 6 PM - 9 PM An active participant in the underground film scene in Leipzig and Berlin (GDR), Ulrich Polster has been developing his methodology of multimedia collage and installation since 1987. Developed for Galerie Jocelyn Wolff, his most recent project involves an 11-channel video installation using high-definition technology and sound composed in collaboration with German artist, Christine Scherrer. The deconstruction of social reality and collective memory has been explored through diverse mediums such as architecture, film, television, and public spectacles; Ulrich Polster places it into a deconstructivist perspective of crisis. The repetition of floating motifs provide us with a primary metaphor within the 27 minutes of choreographed images, which are shown on three sets of triptych screens and two solitary projections. The way in which Ulrich Polster observes emotional isolation, the longing for community and participation within community faced with the contemporary dismantling of social institutions provokes a conflictual, aesthetic experience, one where the vocabulary for the reminiscent and the melancholic decomposes and returns as a sublime aesthetic moment. His work reveals a delicate aspect of the transformation of former communist societies: the beauty of memory.