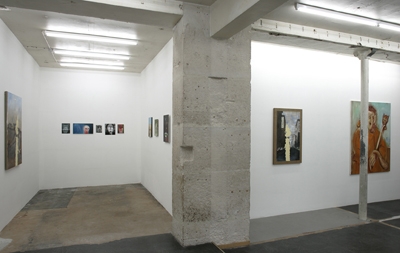 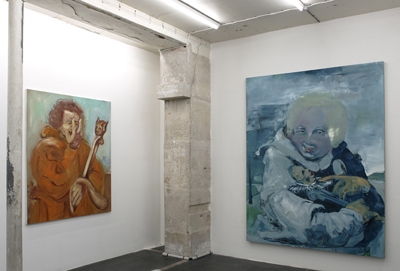 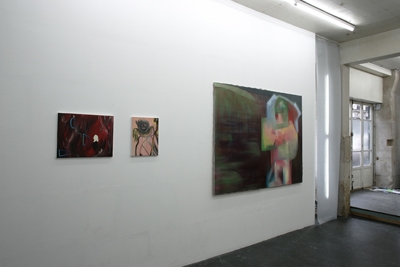 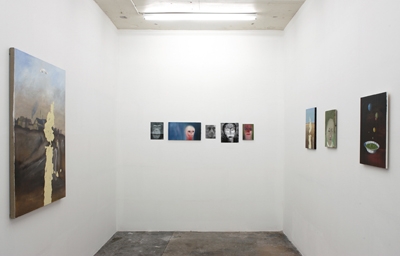 For the inauguration of its new space, Galerie Jocelyn Wolff is pleased to present : Timesharing, with Miriam Cahn, Gregory Forstner, Djordje Ozbolt and Alun Williams. The concept of the show is to present artistic positions that deliberately detach themselves from time. These positions quite logically use painting to deal with its particular relationship with time: these artists create images that don’t belong to a specific contemporary iconography –and belong to a certain “out of time temporality”. Miriam Cahn, Gregory Forstner, Djordje Ozbolt and Alun Williams come from different contexts and belong to different generations and share a kind of a-temporality, which is not classic anachronisticity. This show could be seen as an alternative to the multiplication of works consciously and academically elaborated to visually belong to the time of their elaboration. Time sharing is the first of a series of exhibitions dealing with out of time artistic positions. Miriam Cahn lives and works in Basel. She is currently exhibiting at the Museum für Gegenwartkunst in Basel and she has an upcoming exhibition at the Davos Art Museum (CH). Gregory Forstner lives and works in Nice, where he studied at Villa Arson. He just had an important solo show at the UQAM Art Center in Montréal (Canada). Djordje Ozbolt lives and works in London. He is currently exhibiting in the Tate Triennial. Alun Williams lives and works in Brooklyn. This is a rare opportunity to see his work, which has been less visible in recent years while Alun has concentrated on curatorial projects, residency programs and research. The gallery has moved to a new location in Belleville to 78, rue Julien-Lacroix, just two blocks from the former space. The new space's architecture was created by Berlin based architect, Henning von Wedemeyer.