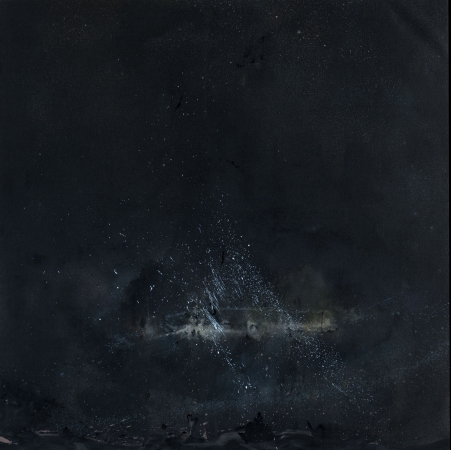 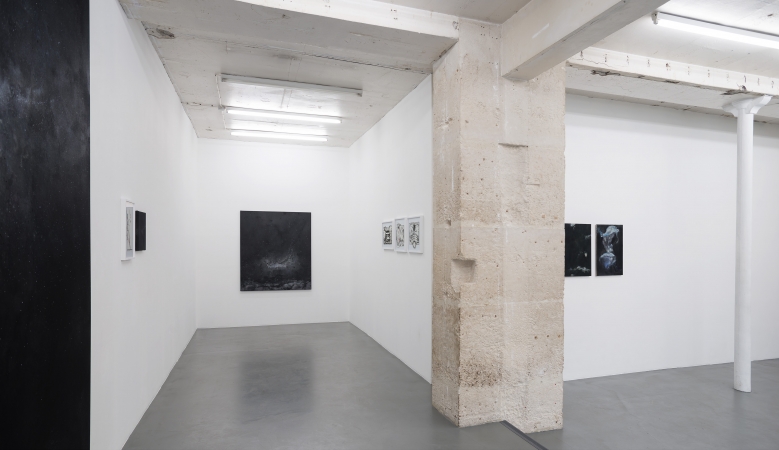 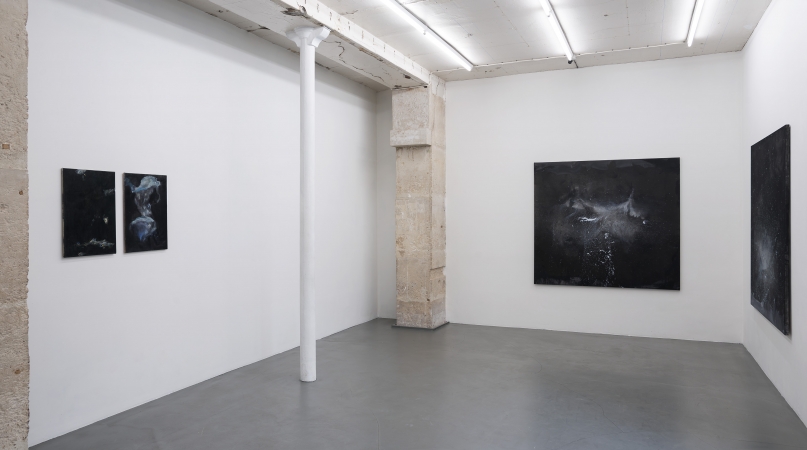 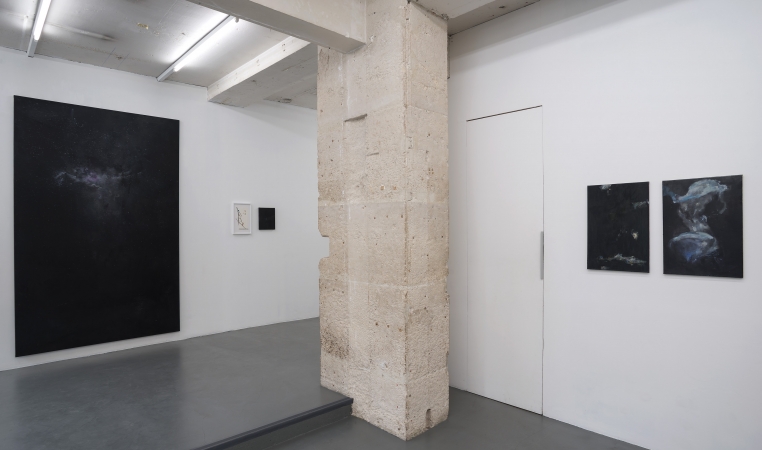 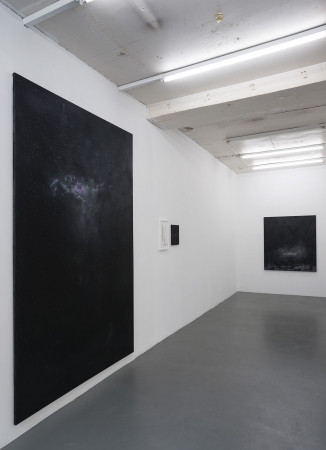 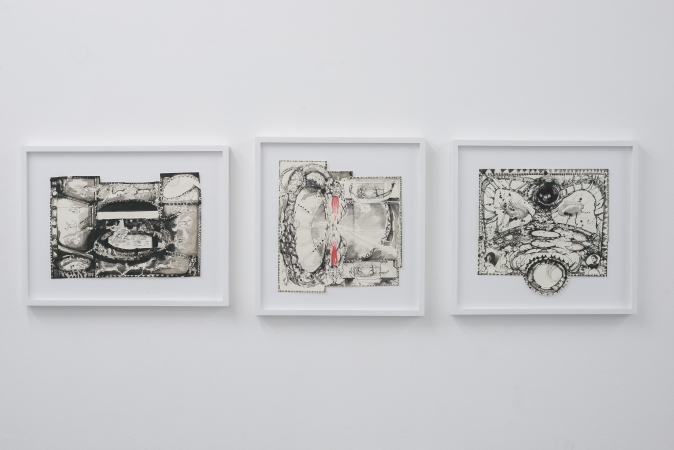 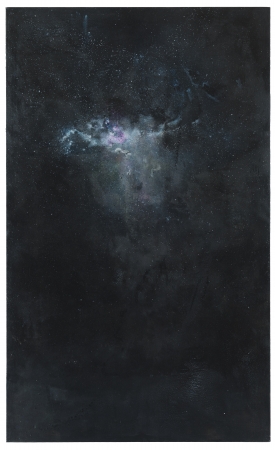 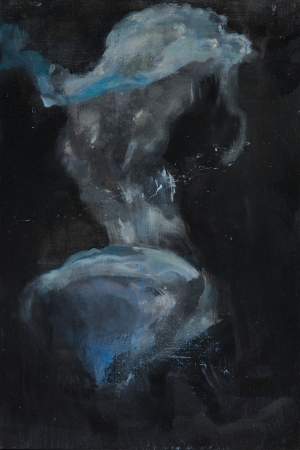 Time and space: painting's big questions Favre's artistic approach is situated somewhere between the figurative and the abstract, sounding out the possibilities of contemporary painting from an art historical point of view. Her works express a questioning of painting which therein gains new legitimacy. The narrative world of opposites and contradictions is what makes up her subject matter. Favre paints scenes populated by hares, idiots, cockroaches or suicides, unlikely protagonists that have otherwise dropped out from the attention economy of a culture fixed on visuality and efficiency. Favre paints anti-heroes set before the backdrop of a post-democratic age. Valérie Favre's style is experimental and set up as an open structure in regards both to the painting techniques that are employed as well as the narrative options granted to the viewers to feel out visual universes in an art historical and contemporary context. Her work is coherent in the sense that each painting – created in a long working process of surface expansion and spatial reduction – is integrated in the context and thematic matter of the entire oeuvre, and this background is invoked by every single work. Favre's pieces often come to being in series such as Selbstmord. Small square canvases reveal suicides committed in different ways, some based on real occurrences, others completely fictional. The final jump from the ferris wheel, the shot in the back of the neck, a hairdryer in the bathtub—an encyclopaedia of ways to take one's life, rendered in a palette of yellow, blue, grey and black. The way in which characters, forms, inconsistencies and repetitions are dealt with enable an important displacement of the image, evoking a Kafkaesque transfiguration of the characters. Valérie Favre's newest series Fragments is based on the same painterly technique as the works Balls and Tunnels which are created once a year and make up the link to the newest series of “black” paintings. Balls and Tunnels is comprised of large format ink and water compositions wherein the colour gradient is not controlled deliberately, but rather left to unfold via the application, spreading and drying of the ink. If Balls and Tunnels acts as an annual diary representing the interruption and caesura in the artist's life, as well as a halt in the flow of her work, her newest series is dedicated to the other large antipode of art history: the question of space in painting. Time and space permeate the canvas, as they do life. The title Fragments itself hints at the fundamental dilemma of painting: a work that strives to attain completeness remains fragmental and fragmented when measured against art's totalitarian claim. Each painting is part of a much bigger, potentially infinite, unattainable draft. Painting, such as it is conceived and carried out by Favre, is both an intellectual construction and one of thought.