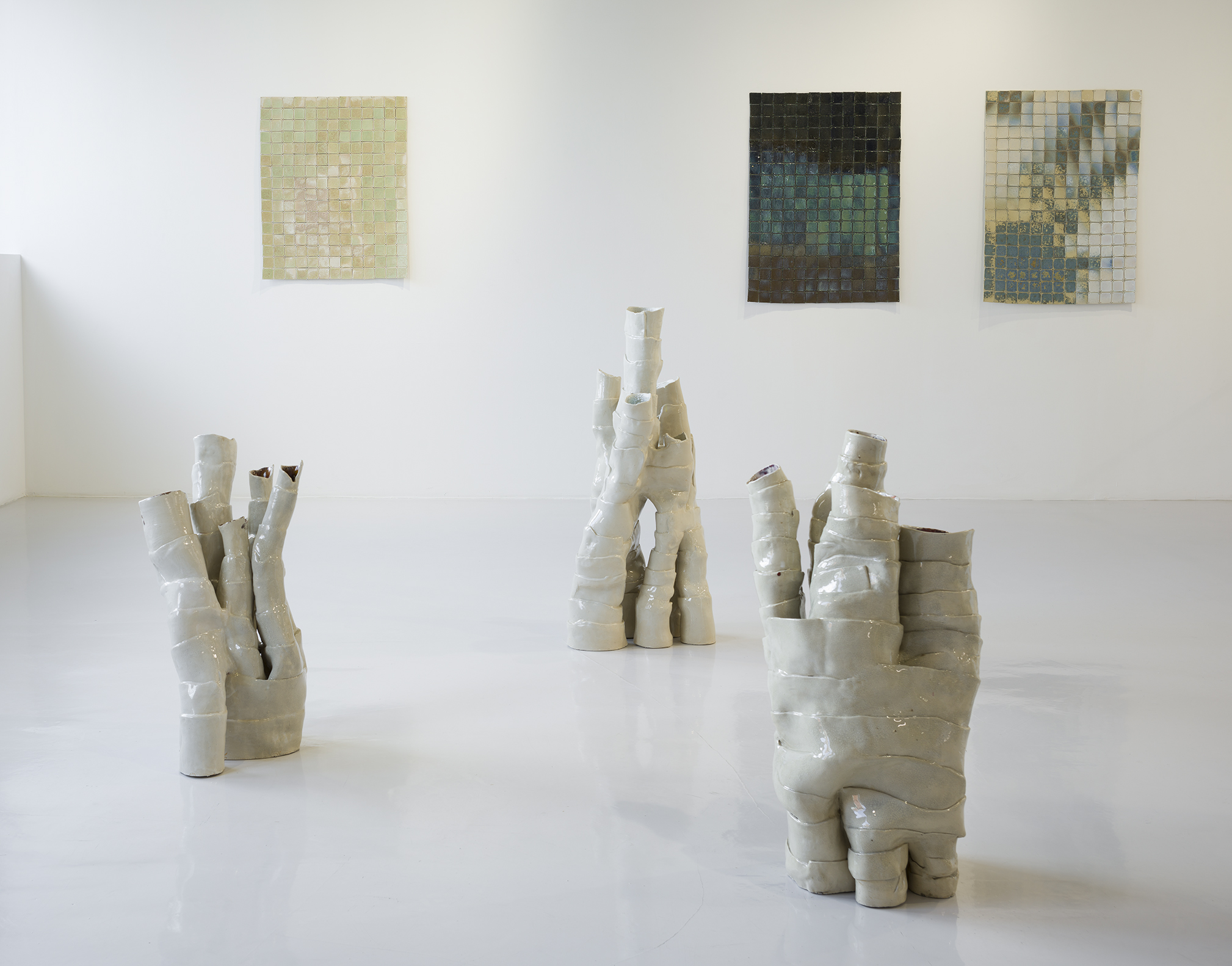 
Pursuing her exploration of the heritage of Modernism, Isa Melsheimer looks at La Cité Radieuse (The Radiant City), Le Corbusier’s urban utopia, which she considers from a particular angle. Drawing on the history of architecture and urban planning, the Berlin artist builds her work around the relationships between humans, animals and plants, and their architectural and environmental expressions. Imbued with an ideology of progress, the utopian city emanates from Le Corbusier’s conceptual research, with the idea of the necessary renewal of the old city towards a new utilitarian city, governed by principles of mathematical circulation and a concentration of functions. Far from being an exclusive and universal model, Isa Melsheimer’s theoretical vision takes up the concept as a space of collision, where buildings are invaded by plants and insects, and where the geometric proposal clashes with the organic nature of living things.

>> Learn more about the artist