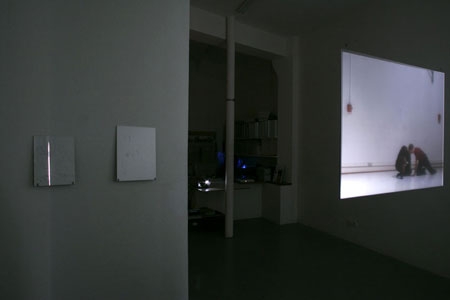 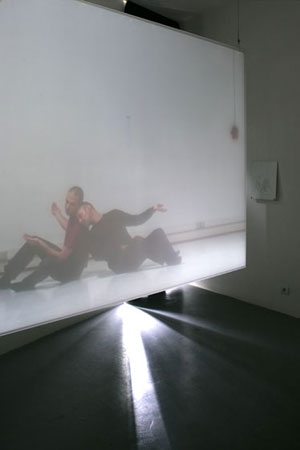 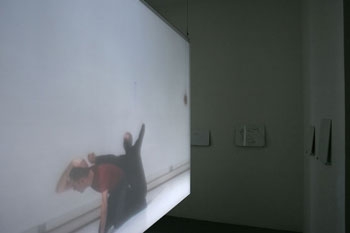 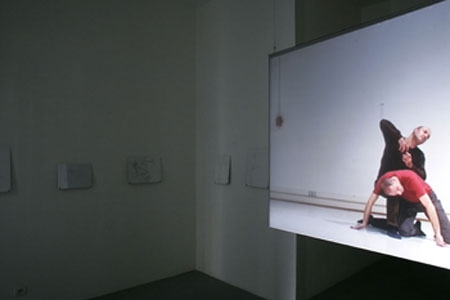 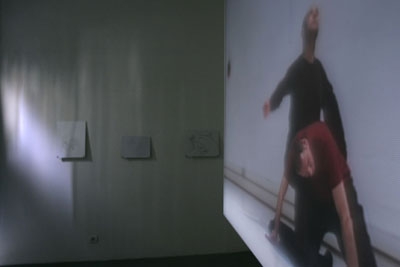 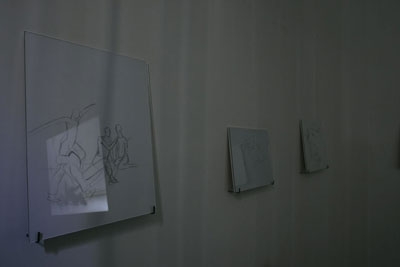 The show is articulated around the last performance by Berlin artist couple Prinz Gholam, "Ein Ding mehr", recently presented in the show "La Monnaie vivante" at Micadanse studio in Paris. A series of preparatory drawings is being shown as well as a 20 min. film of the performance. The next opening, March 15, will take place at our new space, 78, rue Julien-Lacroix F-75020 Paris, two blocks away.